Beer Hall Music
(Especially at Vaihingen)
(Unless otherwise indicated, all descriptions are left to right)

It was here that a new member of the symphony was initiated into the local ways. Many 7ASO members dined often at the Schwabenbräu in Vaihingen, even non-drinkers. Regulars had their own Krug on the shelf, watched over by Johanna, who knew most of us by name. The brewery was a good hike from Patch Barracks, but that never seemed to bother anyone, especially on the way back. By the late 50's disturbing reports began to filter back to the U.S. of white tablecloths, and other upscale efforts in Vaihingen. Clearly, things were no longer the same. The photos below will at least give some idea of the atmosphere we enjoyed back then.


In 1954-55, the orchestra often rehearsed at a small Gasthaus
in Vaihingen (not the Schwabenbräu). They had one Fuß, and they were
reluctant to let us use it. Only a favored few were trusted not to break it.
(Photos courtesy of Chris Earnest) 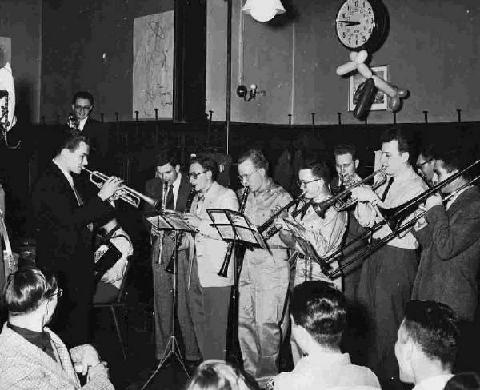 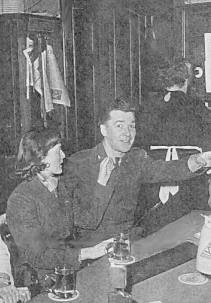 The late Stanley Plummer sent the above photos in the early days of this website.
They were taken the evening of Feb. 16th, 1955 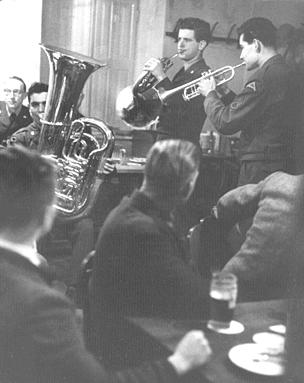 Same idea, but it seems to be another time and place...
(Photo couresty of Earl North)

(Use your browser "back" button to return to previous page)