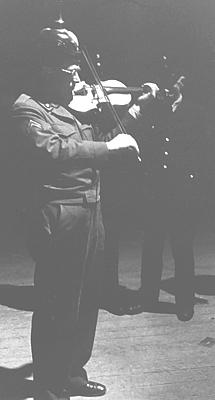 The late Harvey (Bruce) Elledge -
he always came up with ways to entertain us while on the road. 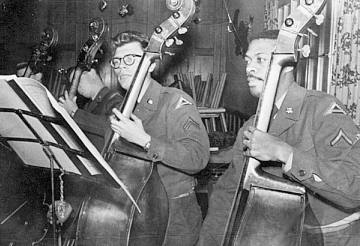 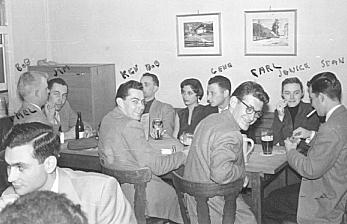 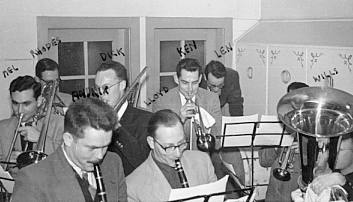 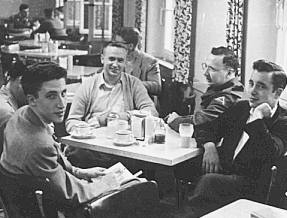 In O.D. or mufti, coffee breaks were popular.
At center, the late Bill Ondrick -
to his left, Ralph Froelich, James Mabry. 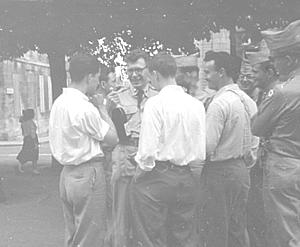 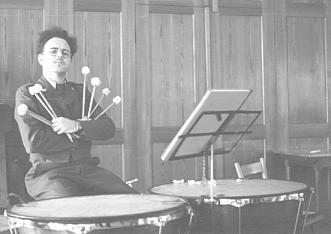 Allen Gove did not play percussion in 7ASO,
but that didn't stop him from posing for this photo. 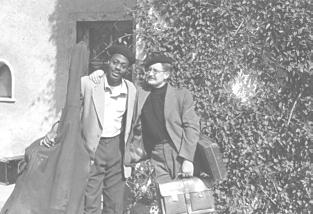 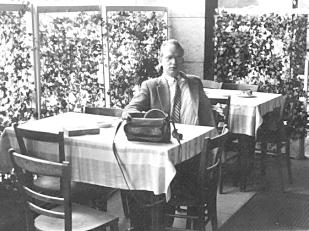 There were even times for calm reflection.
Here, Don Black (Clarinet) takes a break in the Passau theater courtyard 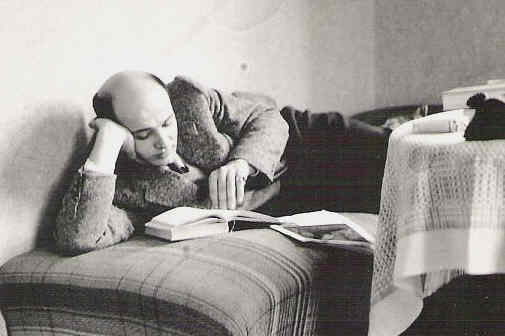 When we were not playing concerts, practicing or carousing,
most of us had our pensive moments.
Here, Adam Pinsker enjoys such a moment.

(Photos below by the late Ronald Valpreda, courtesy of Susanna Valpreda) 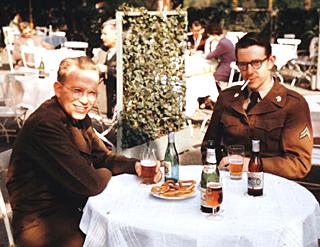 Stuttgart, 1954 - Don Black & Ron Rhodes -
patronize one of the classier places
(Use your browser "back" button to return to the Fotos page)
7ASO Home