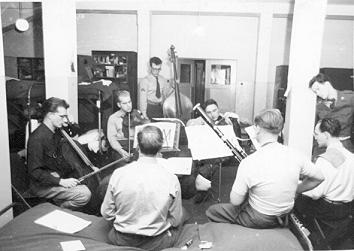 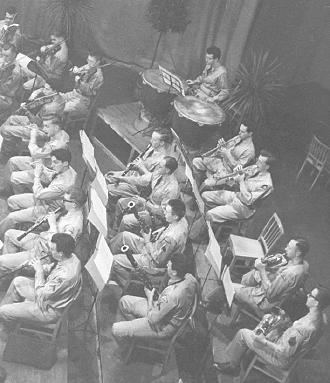 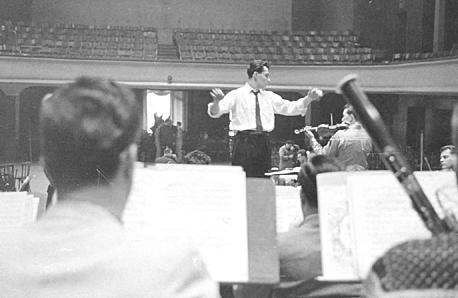 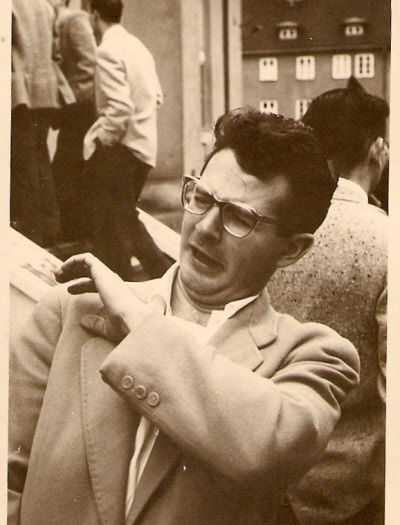 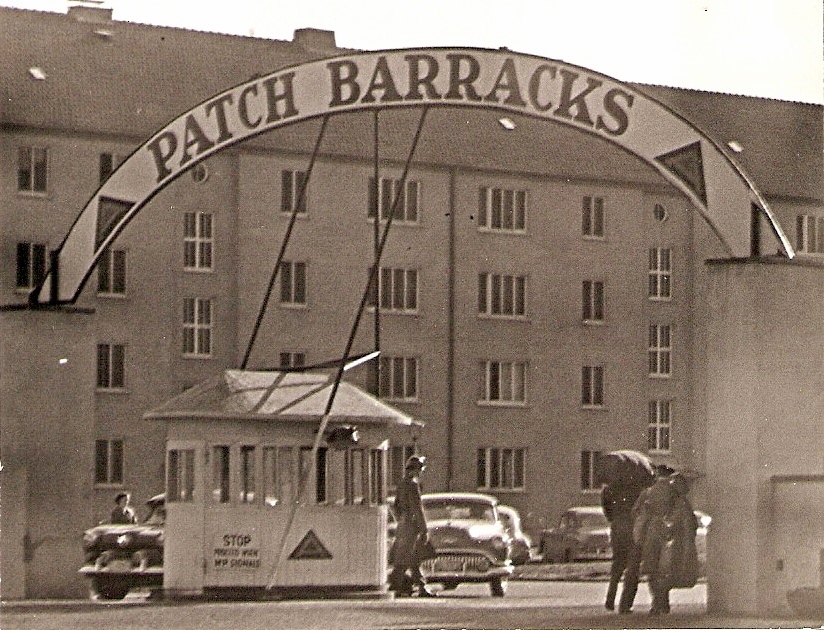 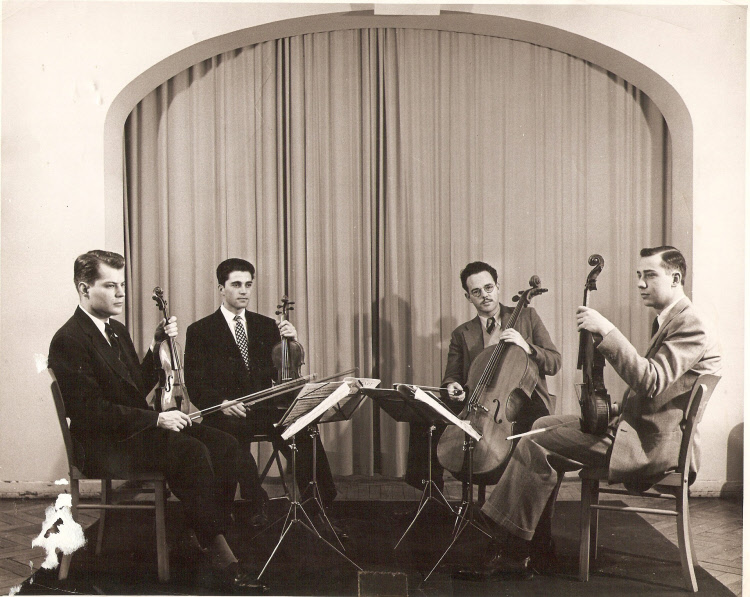 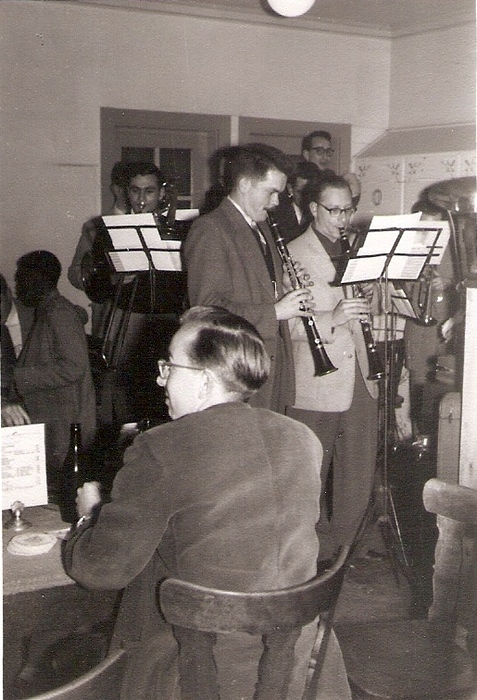 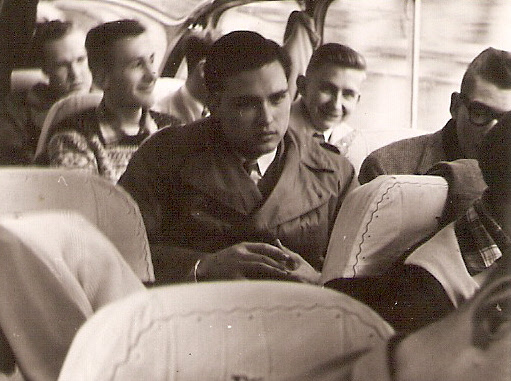 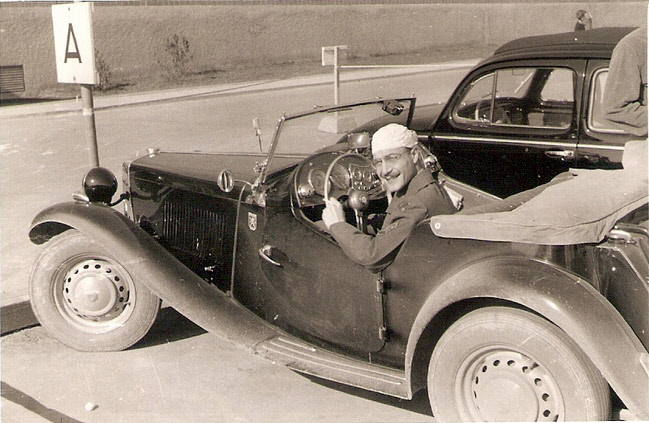 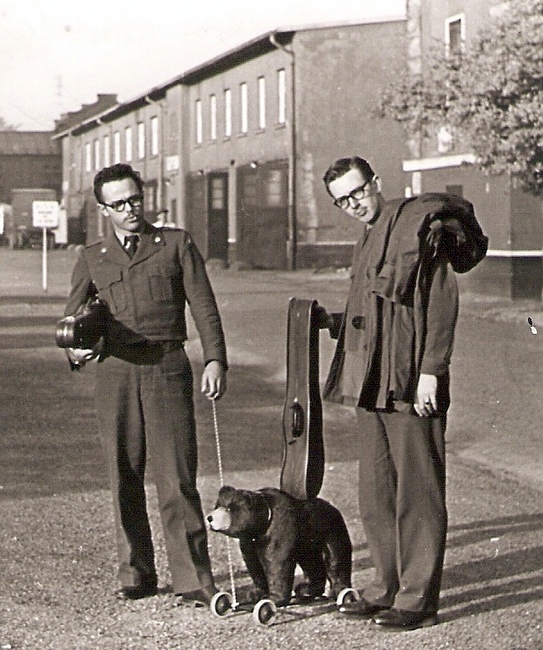 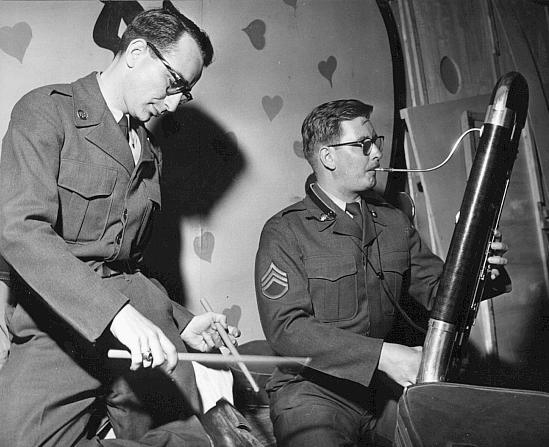 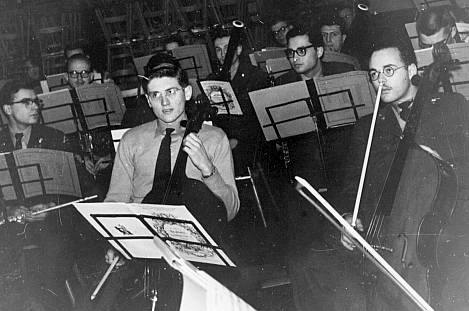 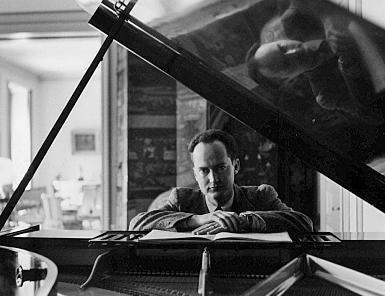 Paul Moor, an American civilian living in Munich,
performed the 3rd Bartok concerto
with 7ASO on a tour of W. Germany.(1954)
(Photo courtesy of Don Black) 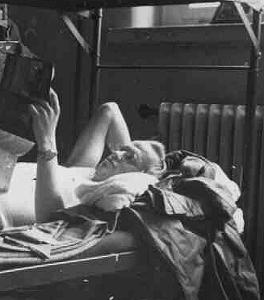 Don Black, from his perch on the lower bunk
at Patch Barracks, studies a travel guide. 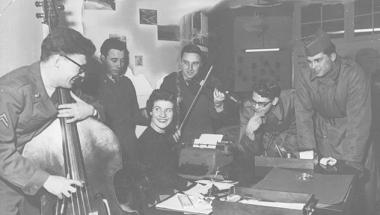 The 7th Army Symphony had somewhat of a reputation as a bunch of wolves.
Demonstrating the absurdity of this idea are: Don Harrow,
James Mabry, Oscar Hauser, Michael Comins & Joseph Suchomel. 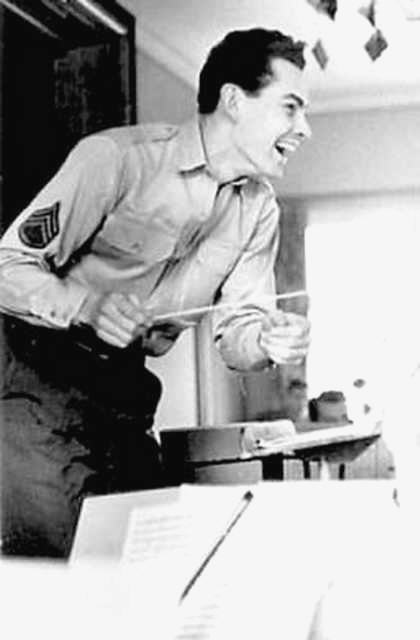 Ken Schermerhorn reacting to some high jinks in the orchestra
(perhaps Jack Coan skulking around in back as a private eye?)